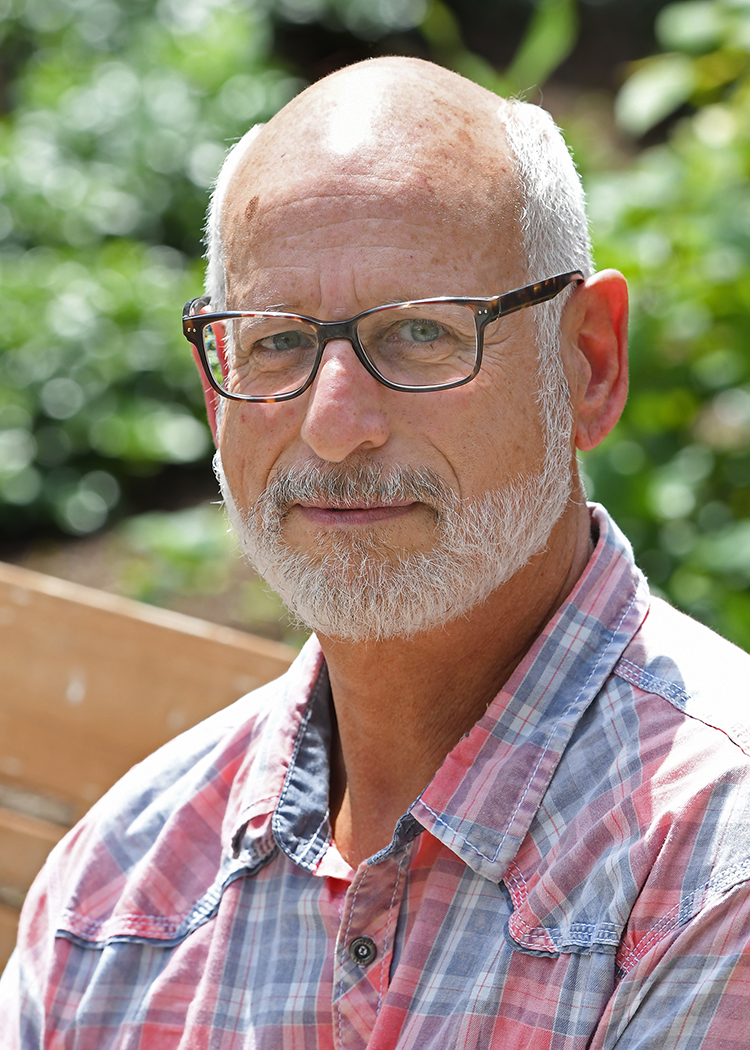 Mark R. Luborsky is Professor of Gerontology at the Institute of Gerontology, and Professor of Anthropology, and also serves as Co-Director, SWAN Social Work and Anthropology doctoral program. He is also a Foreign Professor (past) of Gerontology, Dept of Neurobiology, Care Sciences & Society, Karolinska Institutet, Stockholm, Sweden.In 2022, Luborsky was elected to the WSU Academy of Scholars - the highest recognition that can be bestowed upon WSU faculty members by their peers For seven years he served as  Editor of the journal, Medical Anthropology Quarterly: International Journal for the Analysis of Health  (2006-2013). He also co-directed the IOG's NIH-funded Post-Doctoral Training Program.   He serves as a member of the multi-site surgery trial  Data and Safety Monitoring Board NIH/NIAM, and also is a member of the NIH/CIHB study section review panel (2010-2014). Luborsky is a Co-Founder of the Institute for Information Technology & Culture.   Qualitative Methods in Health Research (NIH document, final report)   available at:   obssr.od.nih.gov/pdf/Qualitative.pdf   He currently serves on the NIH/NIAMS Data Safety Monitoring Board surgical trial for hip fracture repair www.ncbi.nlm.nih.gov/pmc/articles/PMC4330331/pdf/bmjopen-2014-006263.pdf

From 1985 to 1997 he was Senior Scientist and Assistant Director of Research at the Philadelphia Geriatric Center. Then from 1997 to 2000 he was the first Director of Research for the Occupational Therapy Program at Wayne State University. A cup of dark-roast coffee in hand (maybe a danish) is usually all he needs to be happy.

He was Vice Chair of the University Human Investigation Committee board, and served as a regular member for over 10 years. He was elected to a three year term as Secretary/Treasurer of the Society for Medical Anhropology

His research focuses on lifecourse reorganization and continuity of meaning and function. Topics include physical disability (polio; mobility loss), mental health, and normative biases in development theory. Continuously funded since 1987 by several NIH agencies, he served as a permanent reviewer for two review panels. Current funding includes R01 grants from the NIA, NICHD, NIMH, and NIAID. Some of these are multi-city studies of meanings, health and function, using ethnographic, epidemiological, and standardized methods.

Ongoing multidisciplinary work in distressed urban settings examines lives lived within a heritage of toxic industrial chemicals. Studies are designed to promote wise use of Michigan rivers and evaluate intersections of cultural, biological, and behavioral aspects of exposures and harms from bioacumulative toxins. The work features leadership in use of local teams comprised of older and young Detroit residents for harm reduction.� Watch this short video about the riverwalkers.  Another initiative currently running is "Follow the Lines: Environmental Legacy, Health & Fishing the Detroit River'" a mult-media interactive educational community museum exhibit.  http://goo.gl/f9Chj8
�

Currently, working with wounded active duty military service members with spinal cord injuries he is seeking the critical features shaping longterm outcomes and social integration in a project with his collaborators Cathy Lysack, Ph.D.� at the IOG and Seth Messinger, PhD (UMBC) with support from the US Department of Defense��� https://research.wayne.edu/rwnews/article.php?id=1168

A recently completed project in Rwanda, "Prevention for Positives: Intervention-linked Research on HIV-Infected People (FHI/USAID) is designed to conduct basic research and develop targeted interventions to prevent viral transmission by HIV+ persons, and to enhance Rwanda national research capacity in the social sciences in collaboration with the health ministries.�

He publishes on basic theory, critical qualitative methods, and some on interventions. Results have led to new measures of health and quality of life in the CDC's National Health Interview Study, guidelines for assessing depression in the elderly, and for improving utilization of adaptive devices.

Actively dedicated to training, he is co-director of "Global Bridges to Advance Health Care Research Careers for Junior Researchers," the Strategic Research Program in Health Care Sciences (SFO-V) at Karolinska Institutet a Sweden nationally funded by SFO-V initiative for junior researchers international development, under program Bridging Research and Practice for Better Health (http://ki.se/sfo-vard) at Karolinska Institutet (KI) and Umea University (UmU). Since 2002 he serves on the Michigan Urban Center for African American Research (MCUAAAR) a University of Michigan and Wayne State University collaboration� to empirically investigate and reduce health disparities among minority older adults, funded by the National Center on Minority Health and Health Disparities, National Institutes of Health. mcuaaar.wayne.edu/

Section Chair, Invited, National Institutes on Health, "Towards Higher Levels of Analyses: Progress and Promise in Research on Social and Cultural Dimensions of Health,"� 2000. Bethesda, MD